Tim Surrett sang baritone for the Carolinians Quartet in the 1980's. He also sang for Squire Parsons And Redeemed from 1987-1988. Tim Surrett was in the Kingsmen Quartet band, and sang lead and baritone, from 1989-1996 and again from 2002-2005. He was also sang and was a musician for the Isaacs. 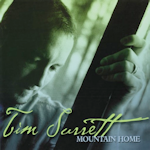 hi-res
1999 Mountain Home: I’ve Been Waiting; Thy Burdens Are Greater Than Mine; Tears Will Never Stain The Streets Of That City; When I Wake Up To Sleep No More; I’ll Wear A White Robe; Where Will You Build; God Likes To Work; The First Look; Haven Of Rest; The Prettiest Flowers; Mama’s Angels; Turn Back; Wait For The Light. 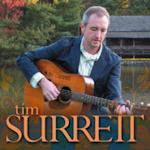 hi-res
2006 Tim Surrett: Nobody’s Fault But Mine; Wish You Were Here; See What The Lord Has Done; Had It Not Been; Heading Home; Try A Little Kindness; He Looked Beyond The Cross; The Well Of Grace; Hold To God’s Unchanging Hand; You Never Mentioned Him To Me.