Steve Sanders was born in Richland, Georgia in 1952. He began an acting career on Broadway at the age of 12, appearing in The Yearling. His singing career expanded to gospel music as a teenager billed as "Little" Stevie Sanders. He recorded several LPs on the Canaan label in the late 1960s and early 1970s. He also appeared on television including an episode of Gunsmoke. Sanders began playing rhythm guitar for the Oak Ridge Boys in 1981. When William Lee Golden left in 1987, Sanders became their baritone singer. He was featured on their hit songs "Gonna Take A Lot Of River," "No Matter How High," and "Lucky Moon." Sanders left the Oak Ridge Boys in 1995.

Sanders died from a self-inflicted gunshot wound in 1998. 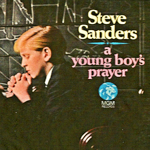 hi-res
1966 A Young Boys Prayer (MGM Records ESE 4420): A Child's Request; Inside The Gate; My Daddy Stands Tall; That's How He Did It; You've Got To Move; Until Then; Lazarus; There's A Big Wheel; Peace In The Valley; I Wanna Walk A Little Closer To My Lord; One Way Ticket To Heaven. 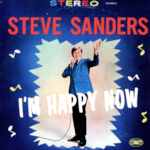 hi-res
1968 I'm Happy Now (Canaan Records CA-4648/CAS-9648): I'm Happy Now; Not My Will; What A Day That Will Be; I Saw The Light; Keep Your Mighty Hand On Me; Just Over In The Gloryland; Keep Walking; Suppertime; When The Roll Is Called Up Yonder; Which Road Leads To Heaven; I'm On The Right Road Now; Who Am I. 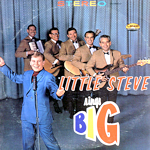 hi-res
1969 Little Steve Sings Big (Canaan Records CAS-9653): A Cripple Boys Prayer; A Way To Cross Over; I Saw The Face Of Jesus; I Found The Way; The Price He Paid; There'll Be Shoutin; The Wrong Side Of Me; God Is Everywhere; When I Pray; Leaning On The Everlasting Arms; I've Been Changed; I'll Live In Glory. 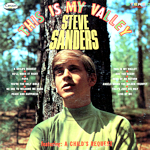 hi-res
1969 This Is My Valley (Canaan Records CAS-9669): A Child's Request; He'll Make It Right; Papa; You're The Only Bible; No One To Welcome Me Home; Peace And Happiness; This Is My Valley; Are You Ready; Road Of No Return; Angels Sound The Golden Trumpet; That's Just His Way; Less Of Me. 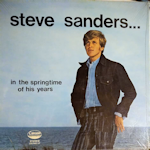 hi-res
1970 In The Springtime Of His Years (Canaan Records CAS-9681): Bring Back The Springtime; Don't Wish The Good Times Away; Heaven Will Never Welcome A Sweeter Mama; It's Alright; The Road That Leads To Heaven; Happiness; God Bless America Again; The End Of Time Is Near; Tell It To Jesus; Sheltered In The Arms Of God; Lord To Be Used Of Thee; I Won't Ask For More. 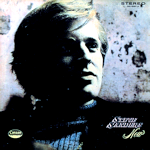 hi-res
1971 Now (Canaan Records CAS-9702): The Home We Loved So Well; A Great Day; Mama I'm So Afraid; When Is He Coming Again; I Want To Live For Him; Here Comes Jesus; Through The Eyes Of God; It's All Over; Will I Ever Understand; Wonder If Anyone Cares.
All articles are the property of SGHistory.com and should not be copied, stored or reproduced by any means without the express written permission of the editors of SGHistory.com.
Wikipedia contributors, this particularly includes you. Please do not copy our work and present it as your own.