Roger Bennett was born on March 10, 1959 in Strawberry, Arkansas. He developed a love of Southern Gospel music early on that would last a lifetime. After working for local groups for a few years, Roger was hired at the age of 20 to be the pianist for the legendary Cathedral Quartet in 1979. He left the group in 1986 but returned in 1988 and remained with the Cathedrals until the group retired in 1999. His greatest influence during this time was the Cathedrals lead singer Glen Payne. Roger wrote the tribute song, Heroes Of The Faith, in honor of Payne when the legendary singer passed away.

Following the retirement of the Cathedrals, Roger and fellow Cathedral Scott Fowler formed the group Legacy Five. Roger and Scott hired Josh Cobb to sing tenor, Scott Howard as baritone, and Glenn Dustin as the bass singer. The group enjoyed immediate success. Tony Jarman replaced Cobb at tenor in 2000 and remained with the group until 2004. Frank Seamans joined Legacy Five that same year as their new tenor.

Over the years, Roger released several solo projects, in addition to his work with the Cathedrals and Legacy Five. He was also a prolific songwriter, writing much of the material recorded by Legacy Five. His compositions include I’ve Read The Back Of The Book, A Little Taste Of Heaven, I Found Grace, and Jesus Saves.

Roger received many awards for his twenty-eight years in Southern Gospel music. He was named favorite pianist on numerous occasions and, in 2007, was selected for induction into the Southern Gospel Music Association Hall Of Fame.

In late 1995, while still with the Cathedrals, Roger was diagnosed with leukemia. His illness forced him to miss some time with both groups as he battled the disease, though he continued to perform as his condition allowed. During his long battle, he underwent several bone-marrow transplants and various other treatments. His last bone-marrow transplant occurred in November, 2006.

Roger’s condition improved after the last transplant but other complications developed. Roger passed away from those complications in Houston, Texas on March 17, 2007. He left behind a legacy that will not be forgotten.

1998 Midnight Meditations: Sweet Hour Of Prayer; He Leadeth Me/God Leads Us Along; Redeemed; There Is A Fountain; My Jesus I Love Thee; Turn Your Eyes Upon Jesus; Great Is Thy Faithfulness; The Old Rugged Cross; Blessed Assurance; Nothing But The Blood; Just As I Am; Amazing Grace; He Hideth My Soul; Jesus Loves Me/Jesus Loves The Little Children; This Is My Father's World/Joyful. 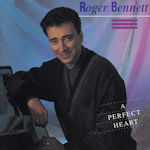 hi-res
1992 A Perfect Heart (Word Records): Light Of Love; I Surrender All; Softly And Tenderly; Leaning On The Everlasting Arms/When The Roll Is Called Up Yonder; Someone Is Praying For You; Guide Me O Thou Great Jehovah; Brush Arbor Medley: A Perfect Heart; Bells Of Joy Keep Ringing; Camping In Canaan's Land. 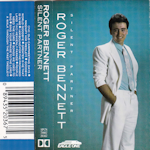 hi-res
???? Silent Partner: Old Campmeeting Days; Magnify Him (Medley); Goodbye World Goodbye; Greater Is He That Is In Me; I Am Bound For The Promised Land; Heavenly Parade; People Need The Lord; Songs We Used To Sing; Sing Your Praise To The Lord; A Walk Through The Past (Medley).