He got his start in music when he was 10 years old singing at Center Road Baptist Church in Cartersville, Georgia with his parents and brothers. Over the next few years, the family group developed into the Goss Brothers featuring a 16-year-old Lari with his brothers Roni and James. The group signed a recording contract with Sing Records in 1962. In addition to recording, the brothers began to develop the craft of arranging music for other singers.

In 1965, Lari enlisted in the US Army. After serving honorably, he resumed performing and recording with the Goss Brothers. In 1968, Lari was ordained as a minister. Other groups began to take notice of Lari as a songwriter. The Speer Family recorded his song "Cornerstone" in 1977. As the 1970s drew to a close, Lari had no idea that his career was about to take a dramatic shift.

James Goss passed away in 1980. In the wake of their brother's death, Roni and Lari dissolved the Goss Brothers. Roni relocated to California to work in a ministry with Nancy Harmon while Lari began to devote more of his time to producing and arranging music for other artists. He relocated to Nashville, Tennessee where he eventually won his first Dove Award for his work on Phil Driscoll's 1983 album I Exalt Thee. This album was also nominated for a Grammy. If there was still any lingering doubts about his skill as a producer in Southern Gospel circles, Lari's arrangements and signature orchestrations on the 1985 Black And White album by the Singing Americans made artists take notice.

As a result of those successes in the early to mid-1980s, Lari was in constant demand in several facets of the music industry for the remainder of his life. What many Southern Gospel fans may not appreciate is the extent of his work in other areas of the industry. Lari produced recordings for artists ranging in style from the Brooklyn Tabernacle Choir to Glen Campbell, and he arranged and conducted music for major televised events including the Grammy Awards and the People's Choice Awards.

In 2012, Lari Goss was honored by the Southern Gospel industry with the production of a DVD titled Lari Goss: The Man Behind The Music. Greater Vision, the Booth Brothers, Hoppers, Taranda Greene and many other artists who had benefited from his production work over the years took this opportunity to pay tribute to the impact he made on their careers.

1987 20 Piano Hymns (Benson Records/2362): Sweet Hour Of Prayer; Just As I Am; I Need Thee Every Hour; Amazing Grace; Brethren We Have Met To Worship; Saviour Like A Shepherd Lead Us; My Jesus I Love Thee; Jesus Loves Me; Tis So Sweet To Trust In Jesus; May Jesus Christ Be Praised/Doxology; Softly And Tenderly; Blessed Assurance; Near To The Heart Of God; All Hail The Power; Shall We Gather At The River; When The Roll Is Called Up Yonder; It Is Well With My Soul; O Worship The King/O Come Let Us Adore Him. 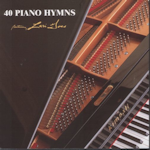 hi-res
1988 40 Piano Hymns (Benson Records): For The Beauty Of The Earth; All Hail The Power; O Worship The King/O Come Let Us Adore Him; May Jesus Christ Be Praised/Doxology; Trust And Obey/Day By Day; Were You There/Near The Cross; Beneath The Cross Of Jesus; When I Survey The Wondrous Cross; Sweet Hour Of Prayer; Just As I Am; Blessed Assurance; Near To The Heart Of God; Faith Of Our Fathers; Like A River Glorious; Crown Him With Many Crowns/Bless The Lord O My Soul/Holy Holy Holy; Amazing Grace; My Jesus I Love Thee; Jesus Loves Me; Tis So Sweet To Trust In Jesus; Saviour Like A Shepherd Lead Us; Shall We Gather At The River; When The Roll Is Called Up Yonder; It Is Well With My Soul; Brethren We Have Met To Worship; Wounded For Me; Softly And Tenderly; He The Pearly Gates Will Open; In The Sweet By And By/Face To Face/I Am Bound For The Promised Land; Jesus Is All The World To Me/O How I Love Jesus; Turn Your Eyes Upon Jesus; God Be With You. 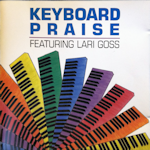 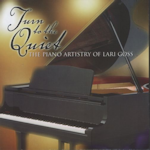 hi-res
2000 Turn To The Quiet (Impact Records): I Am Thine O Lord; A Mighty Fortress Is Our God; Fairest Lord Jesus; Come Thou Fount Of Every Blessing; At The Cross; Old Rugged Cross; Joyful Joyful We Adore Thee; Precious Lord Take My Hand; Praise My Soul The King Of Heaven; I Stand Amazed; Beyond The Sunset; No One Ever Cared For Me Like Jesus. 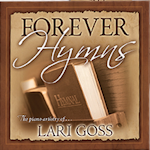 2014 Forever Hymns: Tell Me The Story Of Jesus/I Love To Tell The Story; The Old Rugged Cross; I Must Tell Jesus; Cleanse Me (Search Me, O God); Near To The Heart Of God; The Love Of God; Tis So Sweet To Trust In Jesus/Trust And Obey/Only Trust Him; No One Ever Cared For Me Like Jesus; Great Is Thy Faithfulness; I Walked Today Where Jesus Walked; Where He Leads Me. 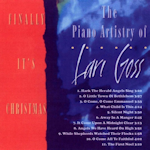 hi-res
???? Finally, It's Christmas: Hark The Herald Angels Sing; O Little Town Of Bethlehem; O Come, O Come Emmanuel; What Child Is This; Silent Night; Away In A Manger; It Came Upon A Midnight Clear; Angels We Have Heard On High; While Shepherds Watched Their Flocks; O Come All Ye Faithful; The First Noel. 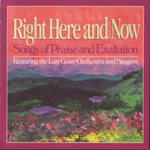 hi-res
1995 Right Here And Now (Benson Records): Right Here And Now; God Is Good; Complete In His Sight; We Wear His Name; The Soldiers Want To Go Home; Anything Can Happen; For What Earthly Reason; We Give You Thanks; The Healer Is Here; The Perfect Rose.