The Bibletones Quartet was organized in Lumberton, Mississippi in 1957. The group's founders were Mr. and Mrs. Ward Hurt. The group has had more than 75 members in its 50+ year history, including several recognizable names such as Paul Vinson, Tommy Atwood and Billy Todd who later sang with groups including the Dixie Echoes and the Florida Boys. 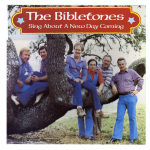 1981 Sing About A New Day Coming (Eddie Crook Company BR-1979): Sunrise In The Morning; Light At The River; His Hand Reached Further Down; Rough Side Of The Mountain; Where Love Is Found; Gathering; I'll Be Alright; He Loved Me; Today Could Be The Day; ) I've Left The Land Of Bondage; Hello Lord; Help Is On The Way; Oh What It Must Be (To Be Over There); Heaven's Really Real; Standing On The Outside Looking In. 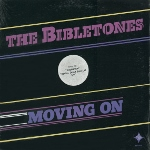 hi-res
1982 Moving On (MorningStar Records MST-4019): Moving On; Inspiration; Savior Don't Ever Let Go; Burning The Midnight Oil; Give 'Em Away; One Day; It's My Song; Life Can Have A New Meaning; I Want To See Jesus; Canaanland Is Just In Sight. 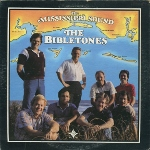 hi-res
1983 The Mississippi Sound Of The Bibletones (Morning Star Records/4030): I'm Not Ashamed; Reach Out And Believe; That's Why His Grace Is Amazing To Me; He's Never Let Go Of My Hand; O What A Savior; Walking With Jesus; My Hope Is Built On The Solid Rock; I Want To Go To Heaven; I Wouldn't Miss Heaven; I'll Meet You On The Other Side Of Jordan. 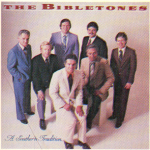 hi-res
1985 A Southern Tradition (MorningStar Records MST-4042): God Wants You; I'll Be What You Want Me To Be; Heaven Will Never Welcome A Sweeter Mama; Tennessee Mountain; Who Am I; Going Higher; Portrait Of Love; Mighty Men Of Israel; Homecoming Day; He Cares For You.

hi-res
1986 Cut 'N' Dried Southern Style (MorningStar Records MST-4072): Our Victory In Jesus; Lord Lead Me Home; Simple Man; The Last Mile Of The Way; One More Day; America Gives Me Freedom, But Jesus Gives Me Love; It Won't Be Long Now; Beulah Land; Keep Your Hands On The Plow; America The Beautiful. 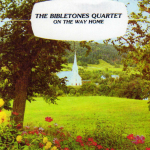 hi-res
???? On The Way Home (Nugget Sound Productions NSP-1011): On The Way Home; What A Beautiful Day; When He Comes; I'm In A New World; Come On Down; I've Got More To Go To Heaven For; Because He Lives; Deliver Me, Oh Lord; Salvation's Plan; I Believe In Jesus.
All articles are the property of SGHistory.com and should not be copied, stored or reproduced by any means without the express written permission of the editors of SGHistory.com.
Wikipedia contributors, this particularly includes you. Please do not copy our work and present it as your own.